2021 has been a rewarding year for anyone participating in crypto markets with bitcoin up 20,40% and Ethereum up 246%. Whilst the two most well-known crypto networks have done well, the best performance can be found in the broader crypto landscape. The top sectors being centralised exchanges and DeFi, both up 1353% and 1119% respectively over the past year. 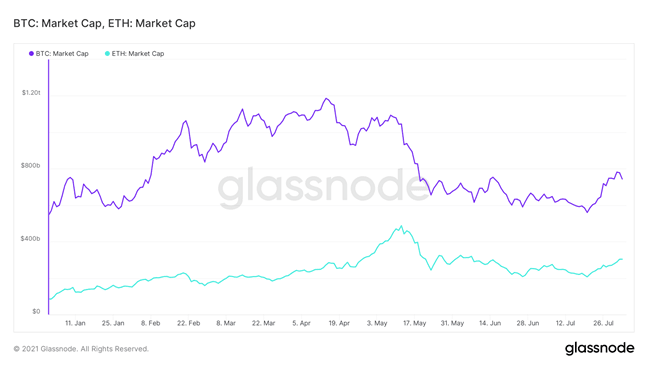 Bitcoin flew into the new year, breaking previous all-time highs and charging on to a new all-time high of $65,000. Every bitcoin cycle comes with a renewed interest in previously debunked fear, uncertainty, and doubt. As bitcoin reached new highs on the back of institutional interest and many famous investors acknowledging its investment case, it fell under the spotlight of naysayers and sceptics.

Concerns over Chinese influence in Bitcoin mining, environmental concerns and China’s regulatory stance emerged as important considerations for those looking to allocate to the asset class. These concerns significantly disrupted the investment flows that we witnessed in Q1 and early Q2 of 2021.

We have written many times on bitcoin and energy, so this report will focus primarily on the effects of the China ban on Bitcoin mining and its impact on the Bitcoin network. 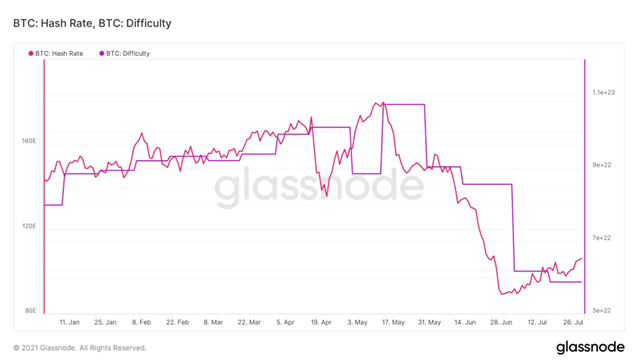 China has taken an anti-crypto since 2013, and much of the news that drove prices lower was regurgitated. However, there was new information in that China was formally banning all bitcoin mining activity. This led to a fall in the hash rate (computational power) securing the Bitcoin network and a change to mining difficulty. The chart above highlights the point; the hash rate went down 45% in just over a month. 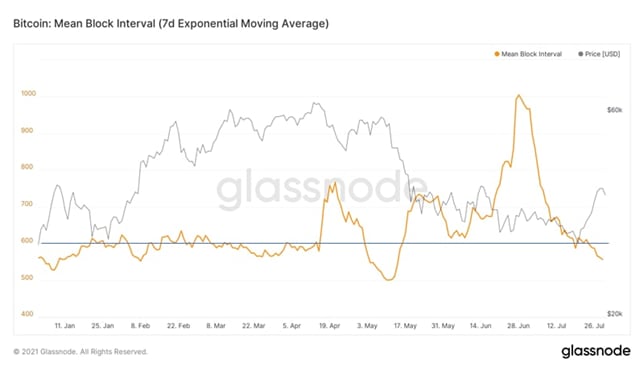 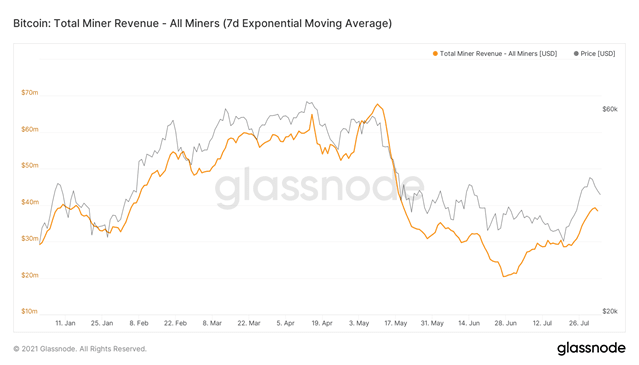 Miner revenues also experienced a significant knock and have begun to recover in part due to the recent rally from lows of $29 000 to just above $40 000, as well as changes to the difficulty of mining.

While having a significant effect on on-chain fundamentals, this event serves as yet another example of Bitcoin’s robust network. Bitcoin will face many similar challenges in the future, and it’s good to see that through a combination of hash rate securing the network and the difficulty of mining, block production can quickly get back to target times without human intervention.

If there were one word for Ethereum in 2021, it would be “Utility”. It is becoming increasingly difficult to overlook the massive network of projects and services being built on Ethereum. Bitcoin seems to rely more heavily on narrative and catalyst events to drive the subsequent s-curve adoption of the network. Ethereum, on the other hand, is incredibly useful; it is genuinely programmable value. This usefulness is what drives the s-curve adoption in Ethereum. 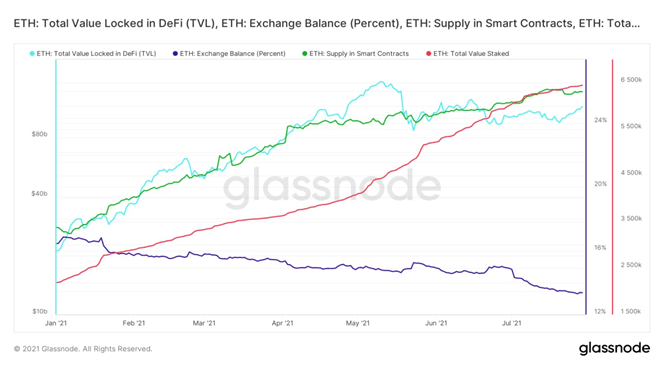 If there were one word for Ethereum in 2021, it would be “Utility”. It is becoming increasingly difficult to overlook the massive network of projects and services being built on Ethereum. Bitcoin seems to rely more heavily on narrative and catalyst events to drive the subsequent s-curve adoption of the network. Ethereum, on the other hand, is incredibly useful; it is genuinely programmable value. This usefulness is what drives the s-curve adoption in Ethereum. 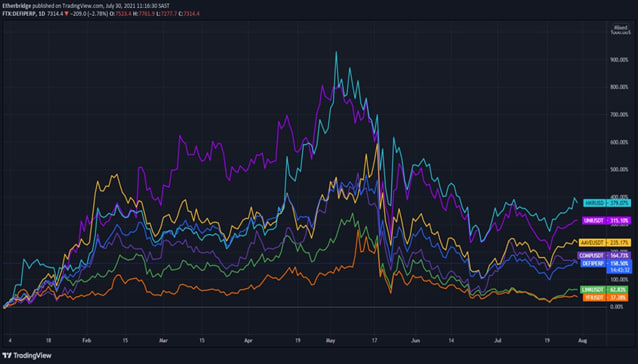 DeFi assets have also had an excellent first half of 2021, and for valid reasons. DeFi assets are unique in that many of them have capital like attributes, which means we can apply traditional valuation frameworks to understand their value accrual better.

We are witnessing actual value accrual in DeFi networks, many of which are early-stage projects with positive cashflows. The most exciting element of DeFi is that when compared to fintech and traditional finance alternatives, these networks can perform similar functions at incredibly low operating costs, making value accrual all the more possible.

We expect the back end of 2021 to reflect these truths. Our expectation is that as sophisticated investors enter the space, they will be more comfortable allocating to cryptoassets that better fit into traditional valuation frameworks.

Opportunities and Risks for the Remainder of 2021

The remainder of 2021 comes with it both opportunities and risks for our core assets at Etherbridge. We look forward to monitoring the interplay between bitcoin price action, central bank balance sheets and consumer inflation numbers. In general, Bitcoin and the crypto market are more than 30% down on the back of record-high inflation numbers in the United States; this goes entirely against bitcoins narrative as an inflation hedge. Potentially this dislocation is a result of profit-taking, regulatory concerns or too much leverage in the system, but one thing is for sure, bitcoin will need to start trading more like a safe haven asset if it expects the market to recognise it as one.

The second half of the year holds much promise for the Ethereum network and DeFi sector. Ethereum will implement the much anticipated EIP-1559 improvement and then, in stages, perform the migration to ETH 2.0. A successful transition to ETH 2.0 will help scale the Ethereum network and unlock unimaginable growth in the broader Ethereum ecosystem. However, an unsuccessful transition could be problematic for the network and reinvigorate interest in ‘Ethereum killer’ networks, leading to a loss of market share for Ethereum.

The last risk worth noting is around the stablecoin regulatory environment. Stablecoins have increasingly become integral to the workings of many DeFi networks. Unfortunately, stablecoins introduce central points of failure on which governments can apply pressure. At the moment, governments seem to be going down the worst possible path of either applying current regulatory frameworks to stablecoins that aren’t compatible, or even worse, attempting to create new blanket regulations to differently designed stablecoin networks. Poorly regulated centralised stablecoins could lead to considerable demand for decentralised algorithmic stablecoins such as MakerDAO’s Dai.

Whilst cognizant of the risks that lay ahead, we are confident that the second half of 2021 will be rewarding for investors. The addition of DeFi assets into the Etherbridge fund has significantly increased risk-adjusted returns and offers clients a broader exposure to innovation in cryptoassets. We continue to deliver on our core mandate of investing in the key infrastructure of the digital age.

About the Author: user